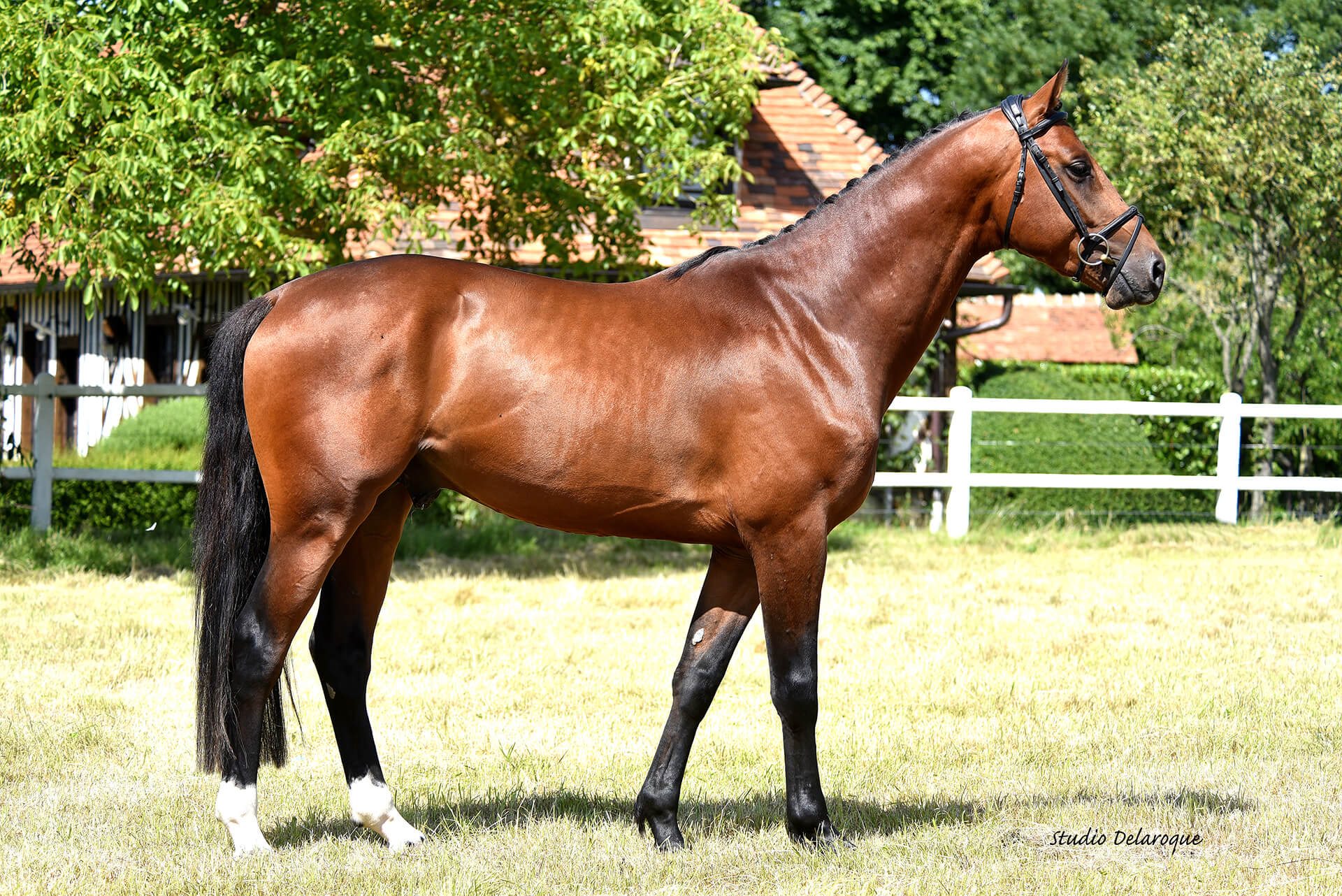 Flash is a beautiful son of Carinjo 9*HDC. Modern and practical horse. He’s got a lot of blood, great balance, and an amazing look.

A son of CASCAVELLE and a mare by LANDGRAF I, CARINJO 9*HDC comes from the Holstein mares’ 703 line which is already responsible for more than twenty stallions including BACHUS and EUROCOMMERCE MONACO.

Winner of the 3YO stallion expertise at Neumünster, CARINJO 9*HDC began his sport career with Thomas Voss with whom he placed 2nd in the mythical Aachen Grand Prix and 2nd to the « Sire of the World » at Lanaken before moving to Patrice Delaveau with whom he achieved his best performances. Together, they won 15 CSI5* headed by the Grand Prix at the Barcelona CSIO5* and the Saint Tropez CSI5*.

His progeny began to be noticed internationally through H & M CARAT DESIRE with the European Champion and Olympic Vice-Champion Peder Friedricson and CASSINJA S, World Cup finalist at Omaha with Charlie Jacobs.

He is also the sire of the 2018 3YO Selle Français stallions Champion, FIBONACCI DE LESSAC*HDC.

OVER SPEED DU PLESSIS (f.b., born in 2002): ISO 135, qualified for 5 and 6YO French championship finals, daughter of the KWPN stallion and top class showjumping winner KANNAN, the sire among others of NINO DES BUISSONNETS, PADOCK DU PLESSIS …